2. Why Do I Need to Embrace Change? 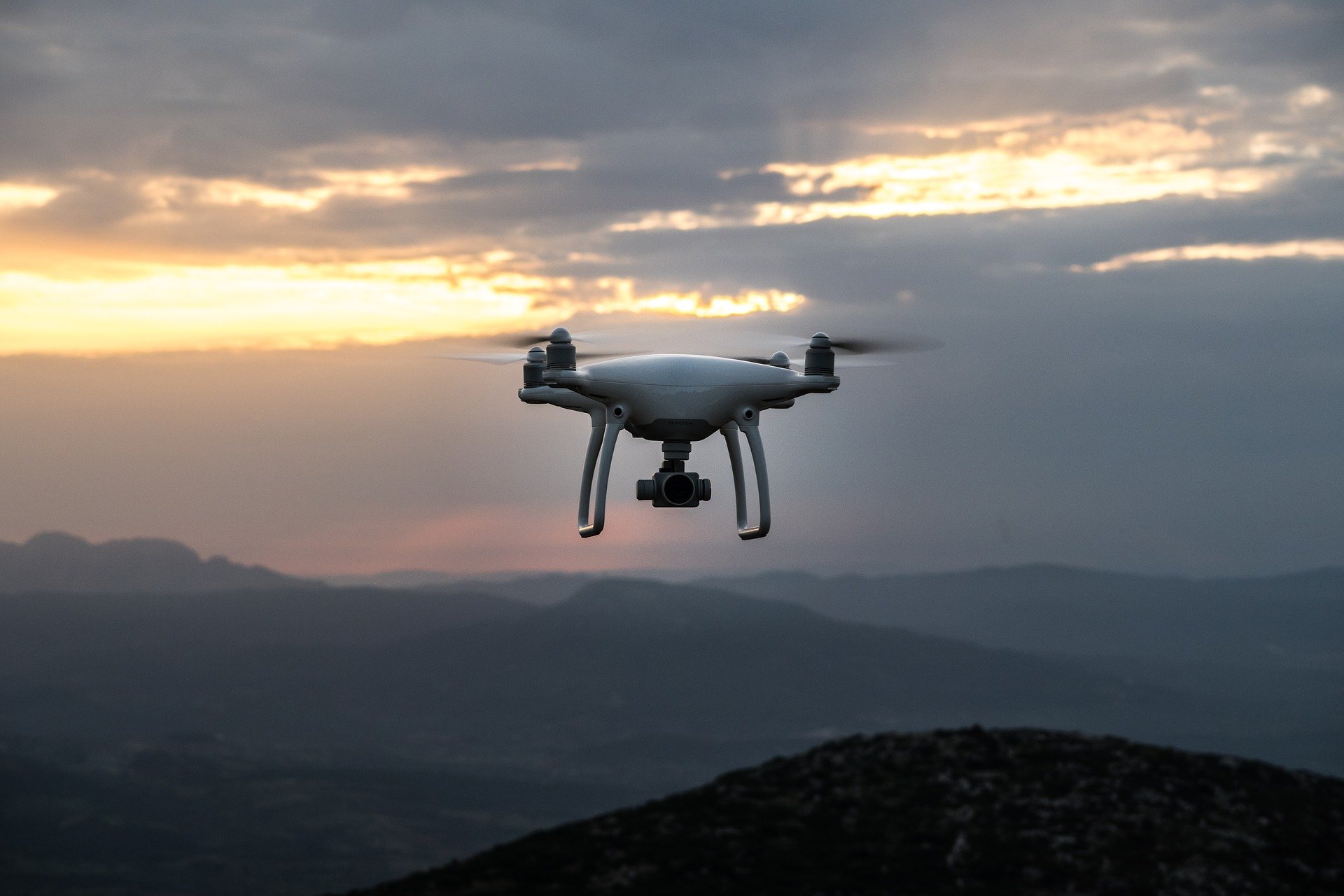 The industrial revolution started in Europe in the 17th century with the invention of steam engines. The steam power mechanised the production and transportation of heavy goods instead of using the human power.

In the 19th century, the electric power was ‘invented’. The discovery of electromagnetic induction transformed how human utilised energy. The produced electric energy can be easily transmitted and is used to power not only the big engines for mass production, but also small equipment for daily use at home.

The 20th century marked the revolution of the electricity to power radios, televisions, telephone and telegraph. If previously information might arrive in months, the invention of those devices carried the information to cross continents in minutes. In the mid of this century, the technology for other electronic devices progressed rapidly. This included the computers, where many tasks are now processed automatically and data can be stored digitally, instead of manually using papers.

“We stand on the brink of a technological revolution that will fundamentally alter the way we live, work, and relate to one another” - World Economic Forum

In the beginning of this 21st century, we are now witnessing the technology to aggressively move forward to change how we live. Almost everyone is now connected by mobile devices, where access to information is unlimited. With the coming 5G technology, and the possible increase of processing power and storage capacity, the acceleration is even faster than we think. And these possibilities will be multiplied by emerging technology breakthroughs in fields such as artificial intelligence, robotics, the Internet of Things, autonomous vehicles, 3D printing, nanotechnology, biotechnology, materials science, energy storage, and quantum computing.  This revolution has already shown its impact on business, government, politics including education.

One of the fruits from the Industry 4.0 is the rapid progress of Information and Communication Technology (ICT). Everyone has no choice, but to adapt our life to this phenomenon. This includes in teaching and learning, where lecturers/teachers have to face a ‘different kind of attitude’ of students coming from the generation-Y and -Z (Gen-Y and Gen-Z, or we call it both Generation Millennials) who are so attached with the technology.

Back at the time when the internet was not widely available and computer were still an expensive stuff, we used to put a lot of efforts to search for information, say to find literatures for our final year project report. We had to buy books, went to libraries, relied on journals from the supervisors, etc. But now, students can easily find any information at their finger tips. From their smartphones, tablets or computers.

While the lecturers can range from baby boomers generation to millennials generation, it is therefore important to know the characteristics of each generation for lecturers to understand the millennials (the students) and vice versa. 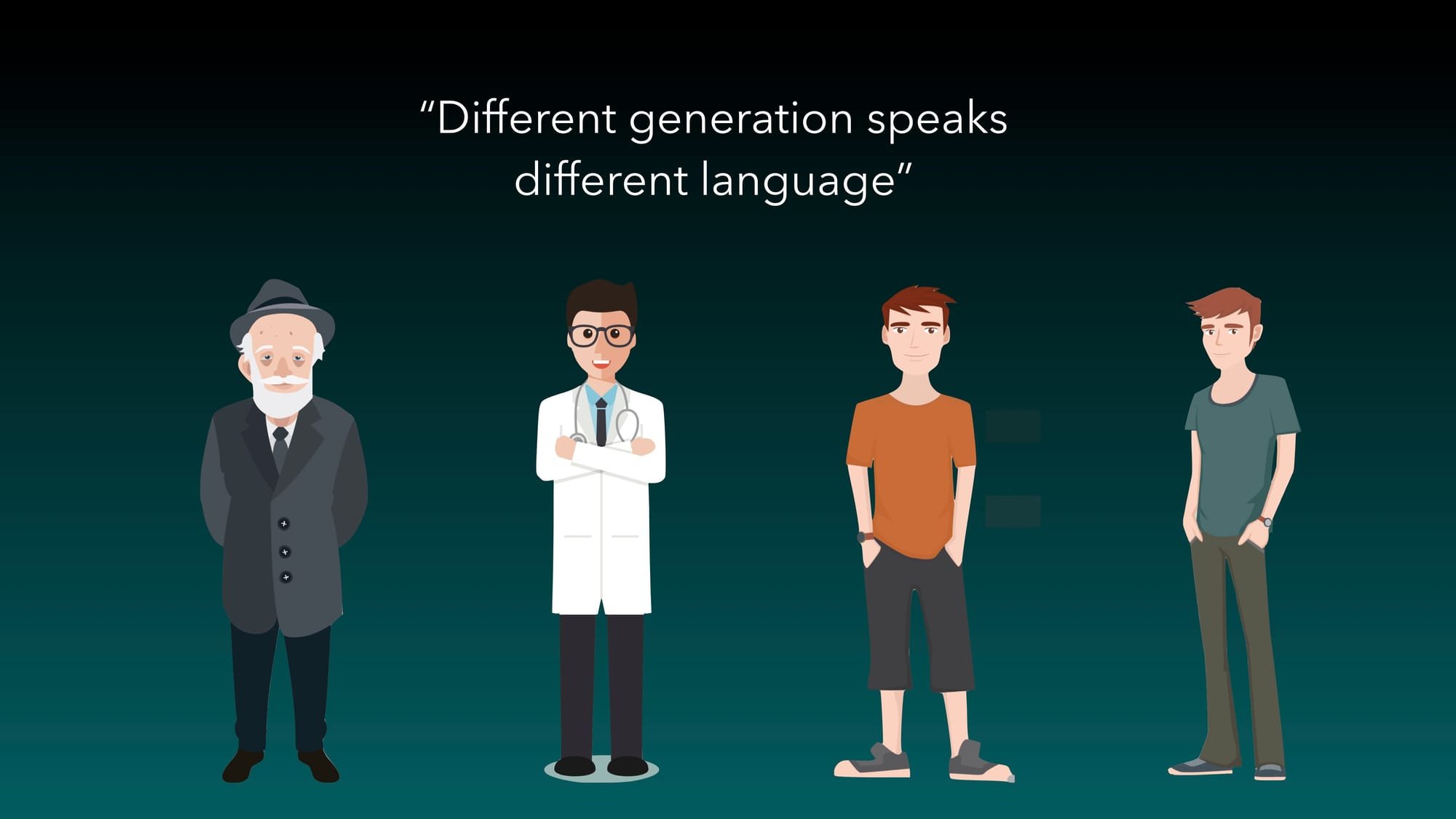 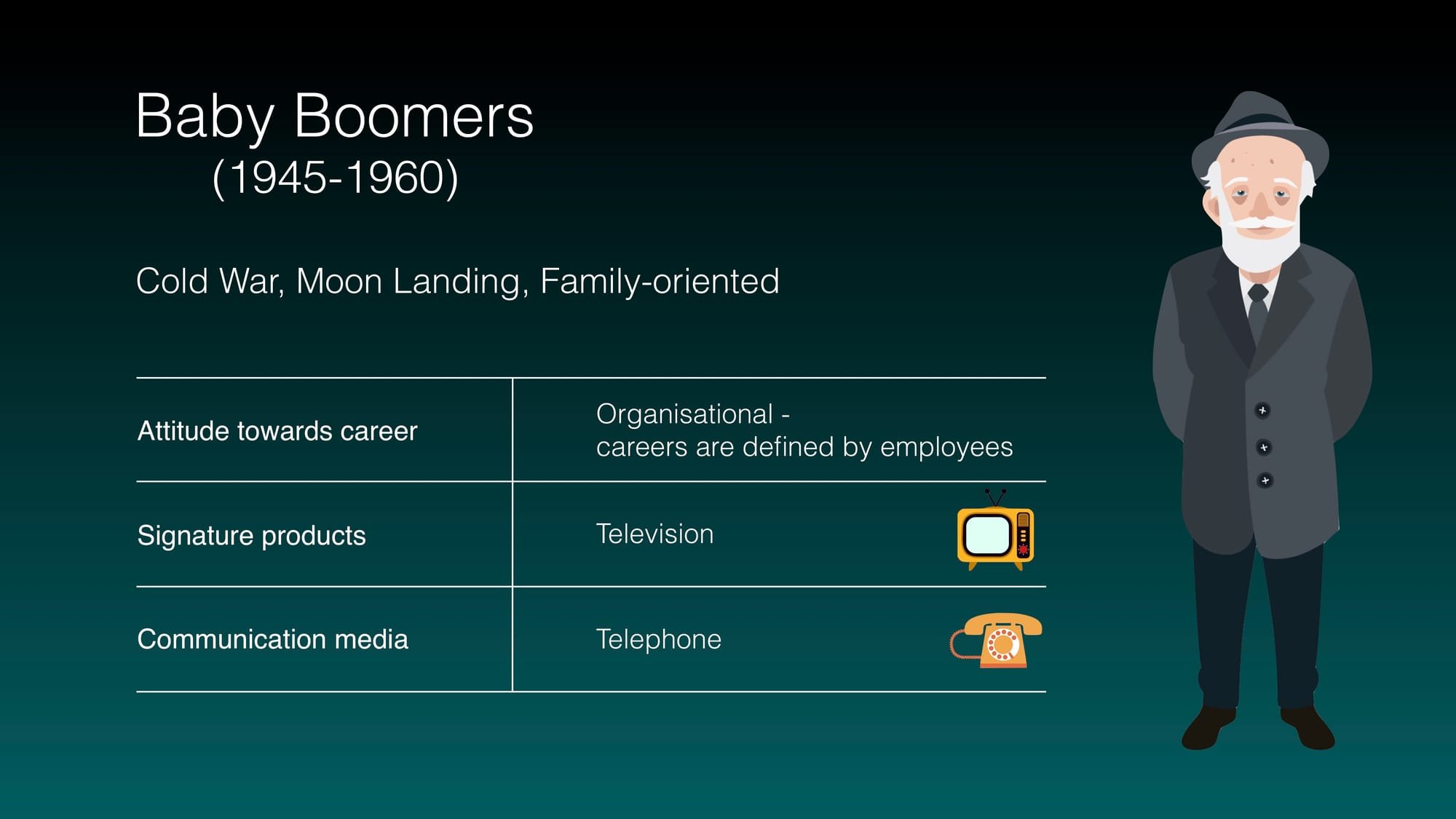 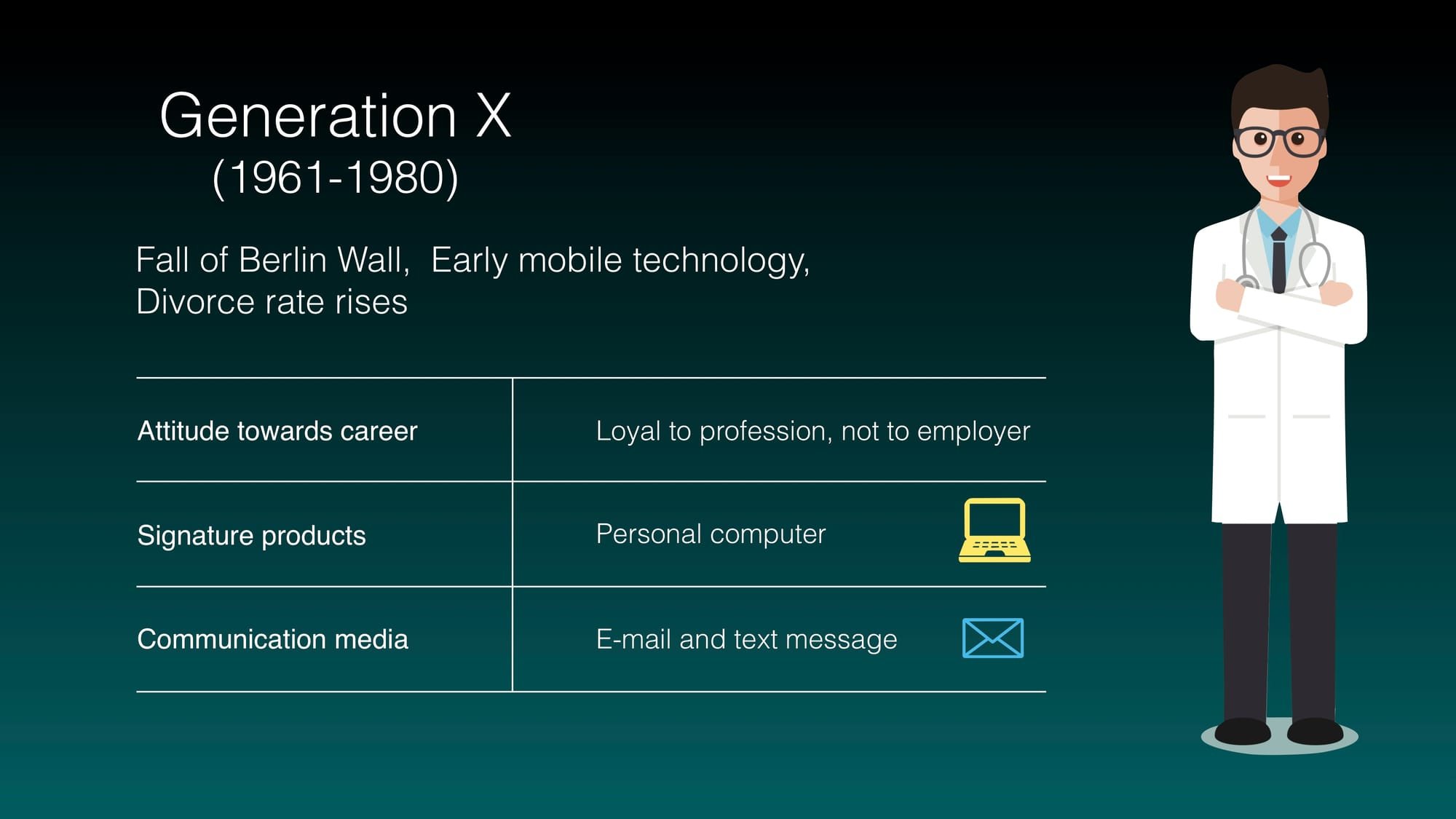 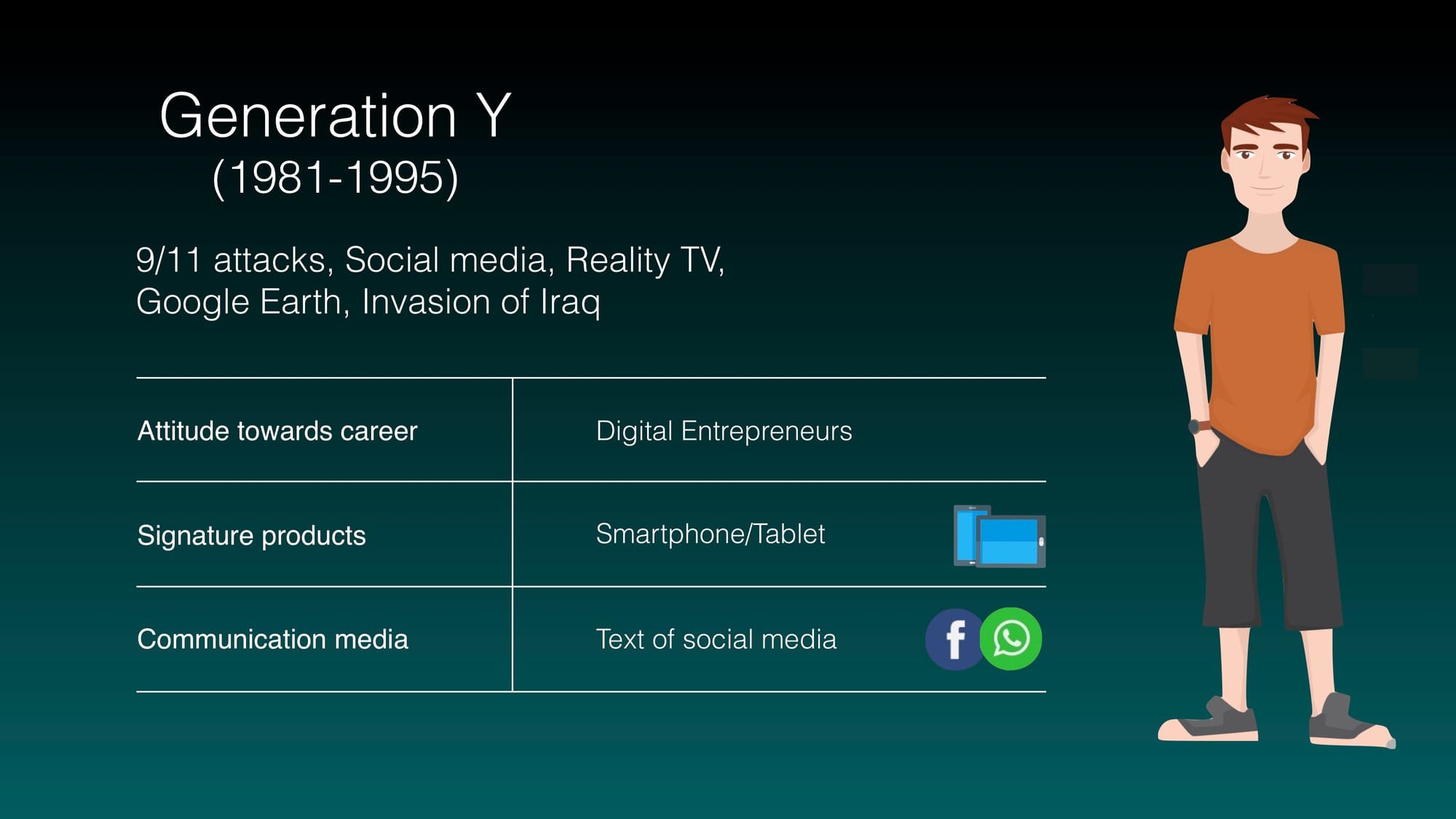 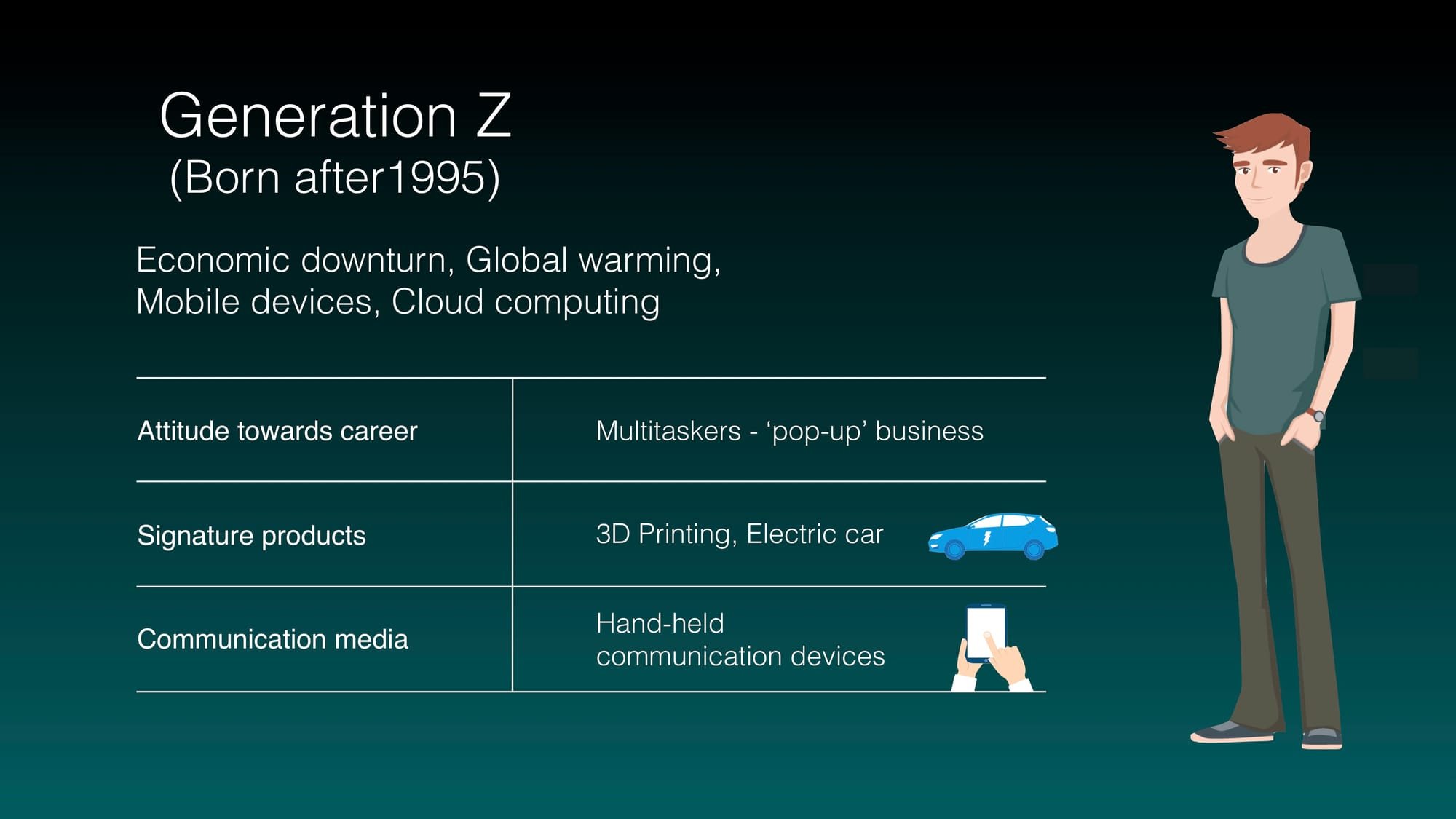 Learning style of the Millennials

According to Jason Griggs,  the millennials have learning styles which are totally different from the older generations.

1.    They are digital natives 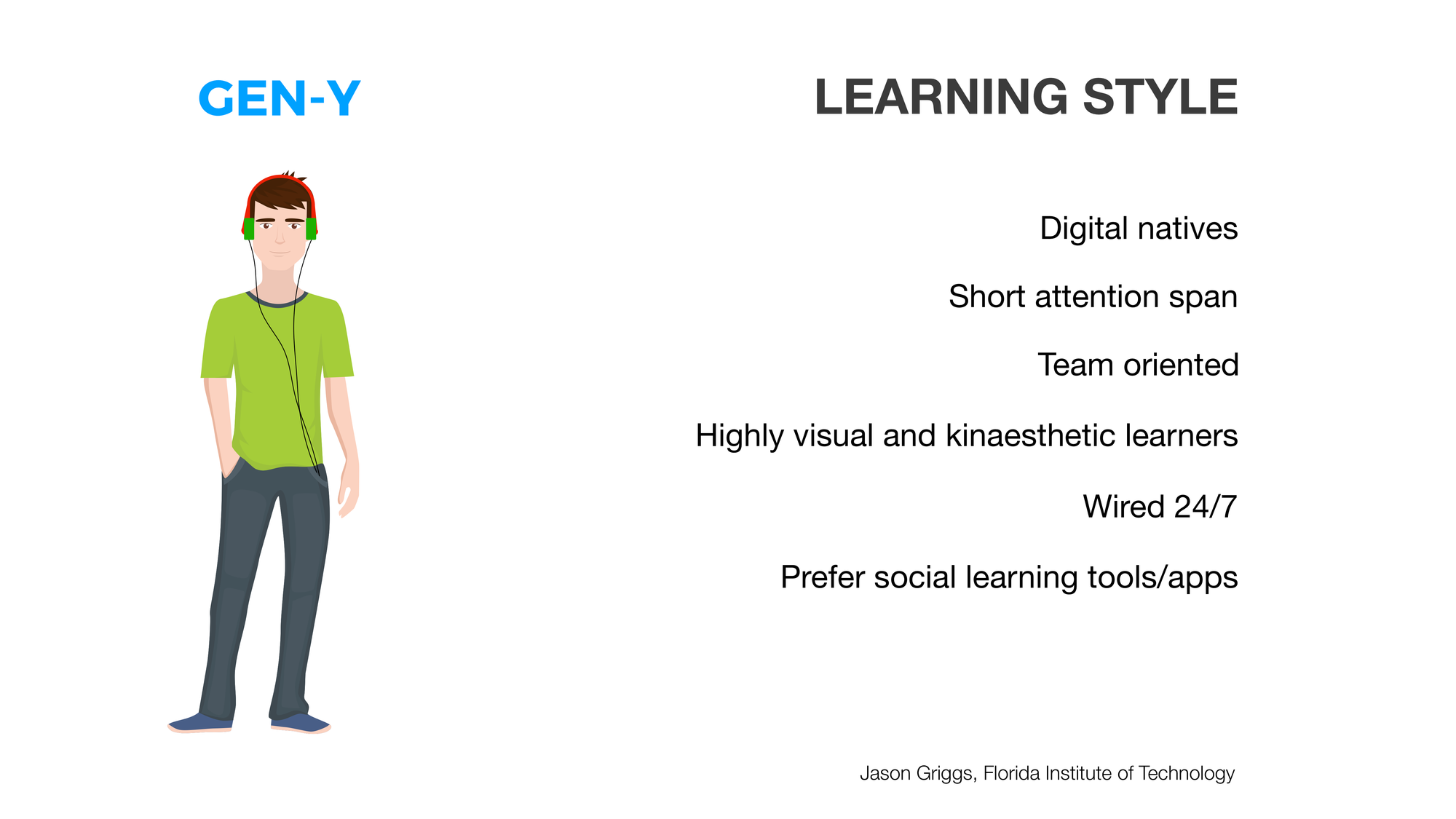 At one time I watched national TV in Malaysia discussing the common problems of university students in Malaysia. I was intrigued with the terminology mentioned in the interview. They called it: 4K Syndrome.

They said the problems of most students nowadays are:  they do not focus in the class (kuliah=lecture), sleep a lot (katil=bed), play with computers/games (komputer) and spend too much time in cafe (kafe). 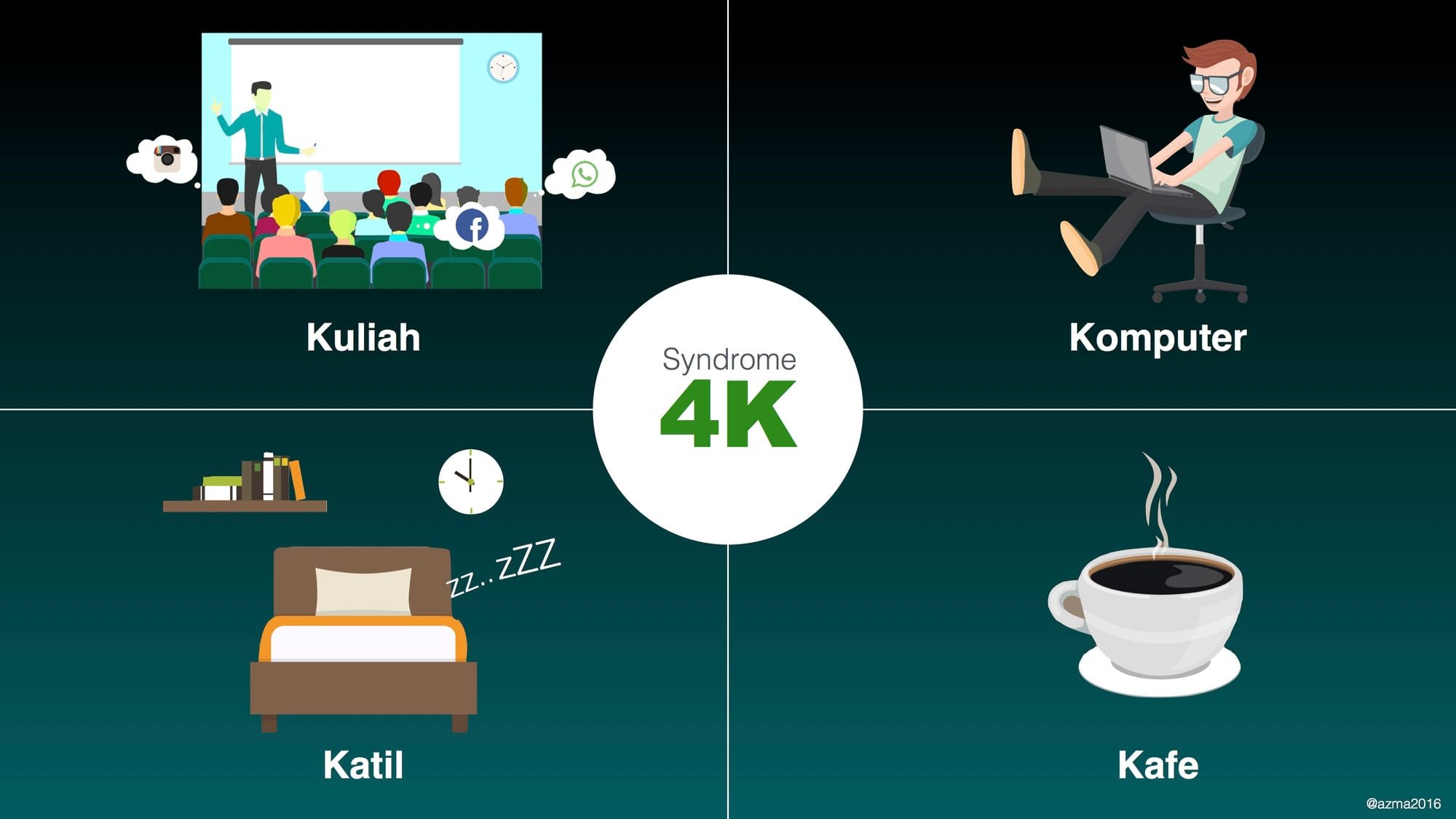 I sat back and reflected. Why couldn’t the students perform in the class? Why did they seem to be demotivated? Was it about the students? Or was it more about me? Honestly I was not aware about the learning style of the millennials. What I was aware of was that the students are now with mobile phones and they can easily get distracted. Was it suitable to deliver the teaching the same old way?

1. Back in the Early Days
3 . Classroom in Your Hand
4. Development of Interactive and Engaging Contents